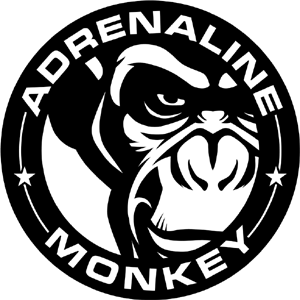 “I had that before LeBron,” she joked in an interview with cleveland.com before Adrenaline Monkey’s grand opening on Saturday.

While the motto was simple, the task was not. Carkhuff finalized the sale of the land that would become the 24,000-square-foot play place in October. Pushing through to the early summer opening meant juggling the new business with her full-time job as a partner at law firm Jones Day and raising her two twin 12-year-olds, Eva and Gia.

“People waste a lot of time. They get paralyzed, they feel overwhelmed and they can’t move,” she said. “I actually perform better when there’s a lot going on. If I have too much time on my hands, I actually lose focus.”

The family was watching “American Ninja Warrior” the season when Kacy Catanzaro became the first woman to complete a finals course and the Warped Wall, a large curved obstacle where contestants have to run and launch themselves to the top. Catanzaro was 5 feet tall, which makes it difficult for her to complete certain obstacles.

“One of my girls said, ‘Can you create a place where everyone can fit on the obstacles?’ and I thought ‘That’s not a bad idea,'” Carkhuff said. “Everybody can get around the concept of supporting the underdog.”

How did she do it?

It took years for Carkhuff to find the space, consistently running into roadblocks like zoning issues and rejections from landlords.

But when she found Warrensville Heights, she said the city welcomed the idea for Adrenaline Monkey.

“Warrensville Heights goes by ‘The Friendly City.’ They earn it. They own it. They have supported me all the way through the process.”

Carkhuff said support from her team at Adrenaline Monkey and her daughters and husband made the dream possible.

The $4-million project offers memberships and rates for parties. Carkhuff wants to give back to the community too, working with Warrensville Heights schools to start an after-school program she hopes to expand.

The courses and obstacles range in difficulty. A cage area before its aerial ropes course keeps participants safe while they’re being harnessed in. Full harnesses prevent jolting if somebody falls. The wires where customers clip their harnesses are low enough to accommodate shorter people.

Courses and obstacles like these can help adults and children conquer fear, Carkhuff said. She is afraid of heights herself, but her daughters helped. When Carkhuff was trying to conquer the warped wall, her twins went to the top. One held out her hand and asked her mother to give her a high five.

How is she setting an example?

Carkhuff said in starting Adrenaline Monkey, she wants to be an example for her daughters. She grew up in Geneva and was a first-generation college student. When she was growing up, starting a business wasn’t presented as an option.

She tells her employees that she wants to help them become business owners too, offering to help with tasks like opening up a bank account. Eventually, Carkhuff said Adrenaline Monkey will create about 50 jobs.

In Carkhuff’s mind, asking for help is important. In 2016, women received two percent of venture capital funding, according to data cited by Fortune. Women owned 38 percent of the country’s businesses in 2016,according to a report by American Express.

“I think you need to be willing to ask for help, and ask for it from women,” she said. Carkhuff got a crucial loan from Huntington Bank after a female executive she knew recommended she look into it.

When you get that success, help out others, Carkhuff said. It was because a family offered to take her on a college visit that she ended up attending Miami University and becoming a lawyer. Now Carkhuff tries to do the same thing with helping out her community.

“It’s so important to pay it forward.” 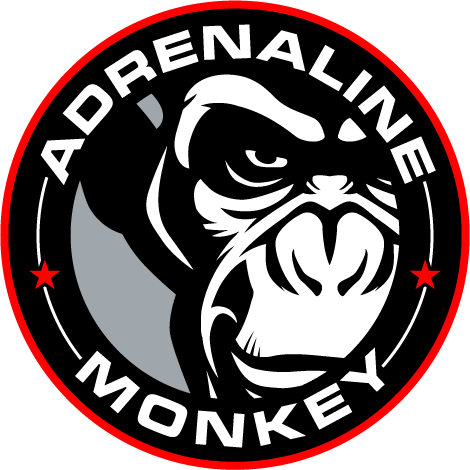